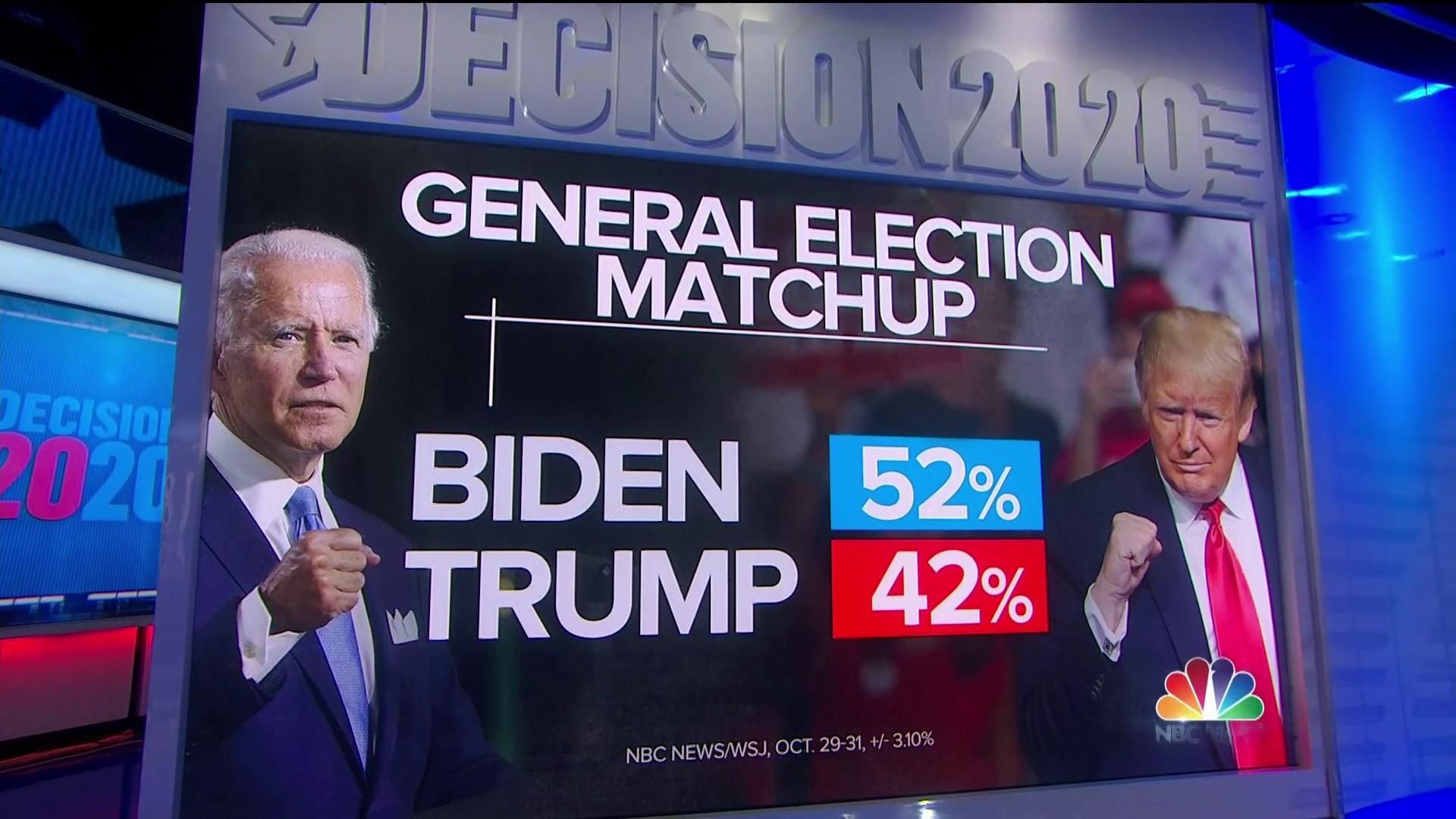 According to US Election Projections, more than 80 million ballots have already been cast, which is 58% of the total 2016 turnout. As a result of these early ballots and mail-in ballots, election day may turn into election week or even election month! The election day is Tuesday. If there is a decisive winner in the swing states, it may be over quickly. However, the loser of the election may bring the results to the Supreme Court citing anything from mail fraud to international interference.

If the US elections are uncertain and drag-on, that may be the only factor driving the markets next week. However, there still are other topics to watch. Most importantly is the reemergence of the coronavirus in Europe and the US. Some countries in Europe, such as Germany, Spain, and France have gone under national lockdown. Other countries have imposed additional national restrictions and curfews, such as Italy and Ireland. The UK currently has localized lockdowns and restrictions. Some speculate national lockdowns may be ahead. Last Thursday, over 500,000 positive cases were reported worldwide for the day, a new daily record. In the US, up until this point, states impose their restrictions on restaurants, schooling, and curfews. However, if Joe Biden wins the Presidential elections, he has said he will implement national restrictions. Which brings us to another issue: the next President doesn’t get sworn in until January 20th. Many hoped for a new fiscal stimulus deal by the time election day arrived. If Trump loses, the US may not see one until February. To make matter worse, if Joe Biden wins the election, but Republicans maintain the Senate, it may take even longer for package to get done. 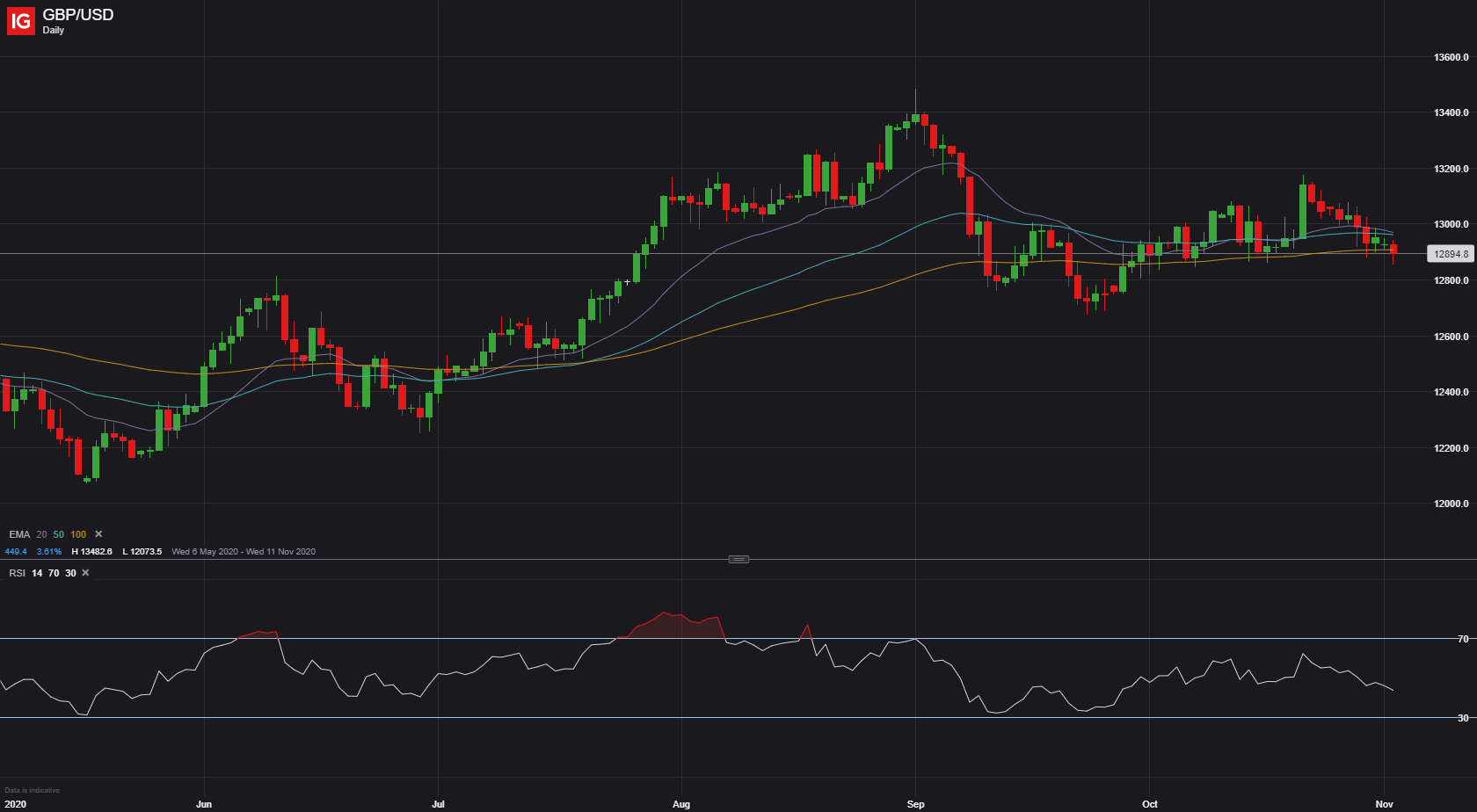 Mid-November is the goal to have a deal in place. However, the BOE cannot wait any longer. The Central Bank will provide more stimulus due to the expected fallout from the new round of coronavirus cases.The central bank currently has rates set at 10bps.

There is speculation the BOE may cut to 0 bps while setting the table for negative rates.The commodity sector has seen a sharp reversal from the strong gains recorded during the past couple of months. Faced with a renewed surge in Covid-19 cases in Europe and the U.S. as well as next week’s ultimate risk event, the U.S. presidential election, it is perhaps not that surprising to see investors turn more defensive. 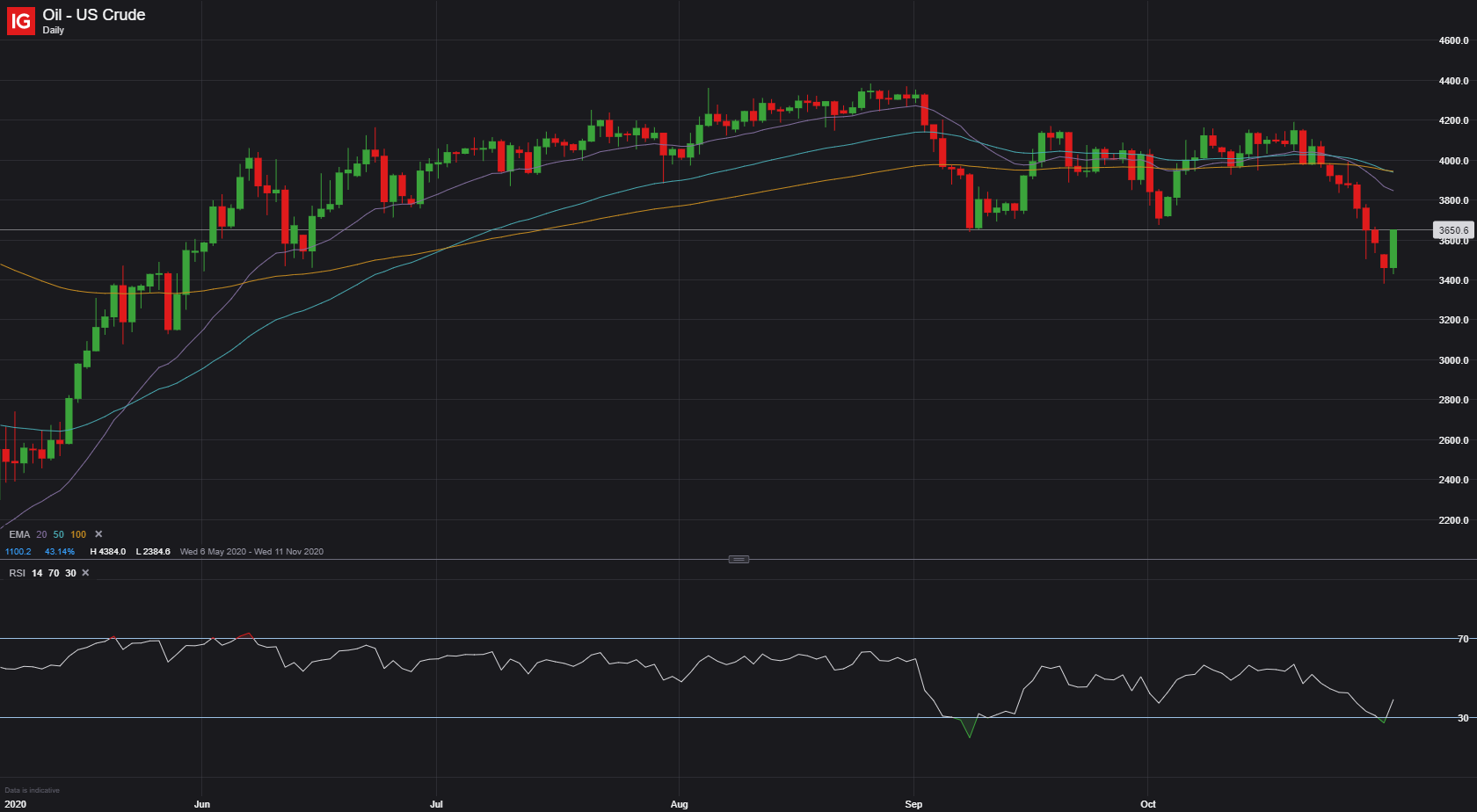 Brent crude oil tumbled below $39/b support in response to a bigger-than-expected jump in U.S. stockpiles and renewed lockdowns being introduced in France and Germany with other European countries set to follow suit during the coming week. Overall, however, we suspect that a combination of long liquidation having run its course and vocal intervention from OPEC+ ahead of $35/b may prevent the price from falling much further.

The commodities most at risk being the ones where speculators are holding large and mostly long positions as the focus switches from a long-term bullish outlook to a short-term and more defensive attitude. 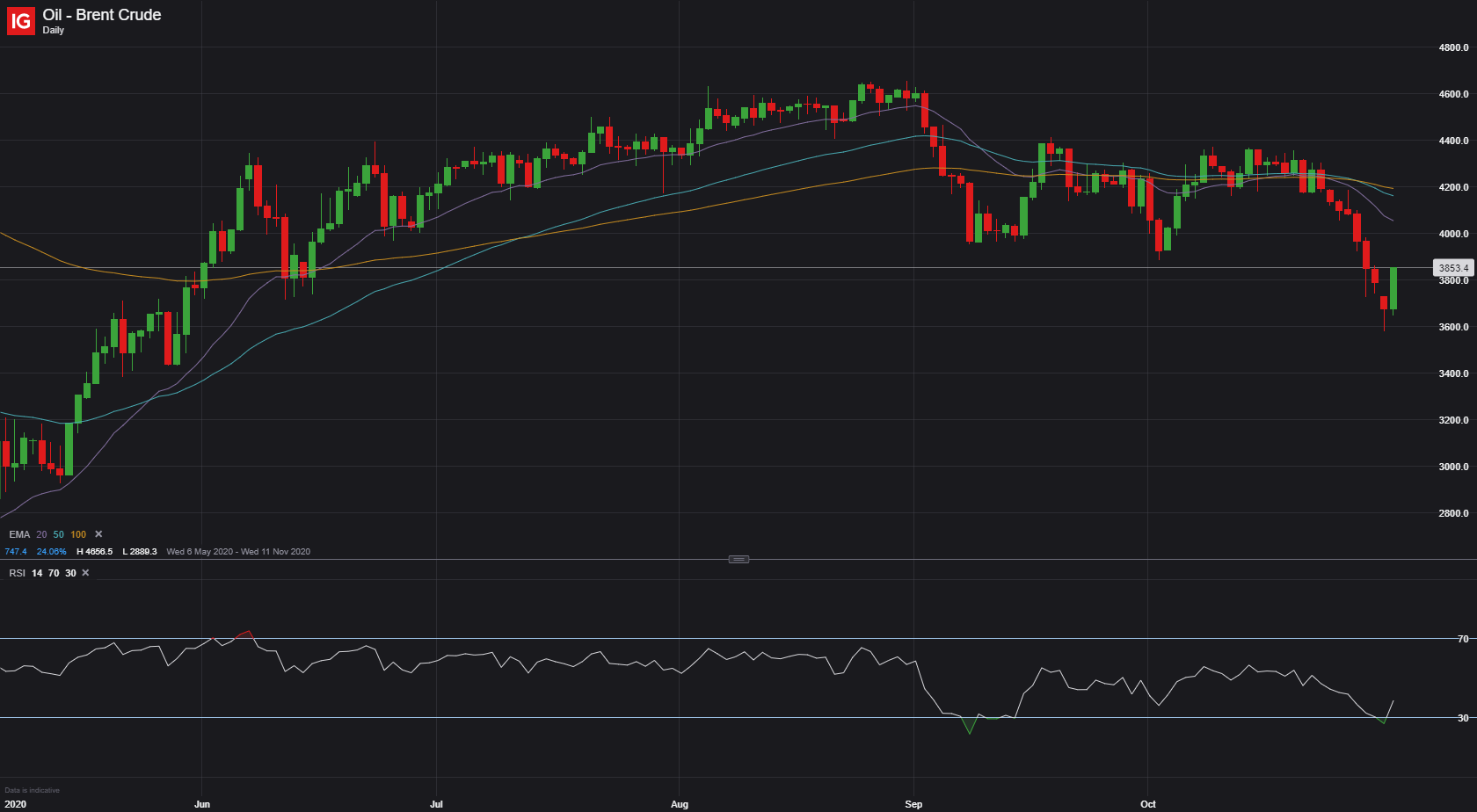