Despite recent discussions, trade negotiations between Britain and the European Union remain deadlocked. With Britain set to officially leave the European Union on December 31, no formal trade deals have been made yet, with the leaders of both groups doubting whether a deal will be reached in the near future. The uncertainty created by the current situation saw markets across Europe react negatively over the last week, with investors looking to mitigate what could be risky investments.

A no-deal Brexit has become a much more distinct possibility in recent days, and negotiations are going down to the wire. There is still a huge amount of uncertainty, which means there is likely to be a market reaction whatever the outcome of negotiations. On Friday, Morgan Stanley said that it anticipates the FTSE 250 index will drop by 6% to 10% if the UK fails to agree a trade deal with the EU by the time the current transition deal concludes at the end of December, according to Reuters.

Last Monday saw Tesla reach new highs, with a 7.1% increase in stock value helping the company to become the sixth in history to pass the $600 billion market cap marker. A continued appetite for technology stocks fuelled the positive movement, with Tesla among just a handful of companies to reach the milestone. 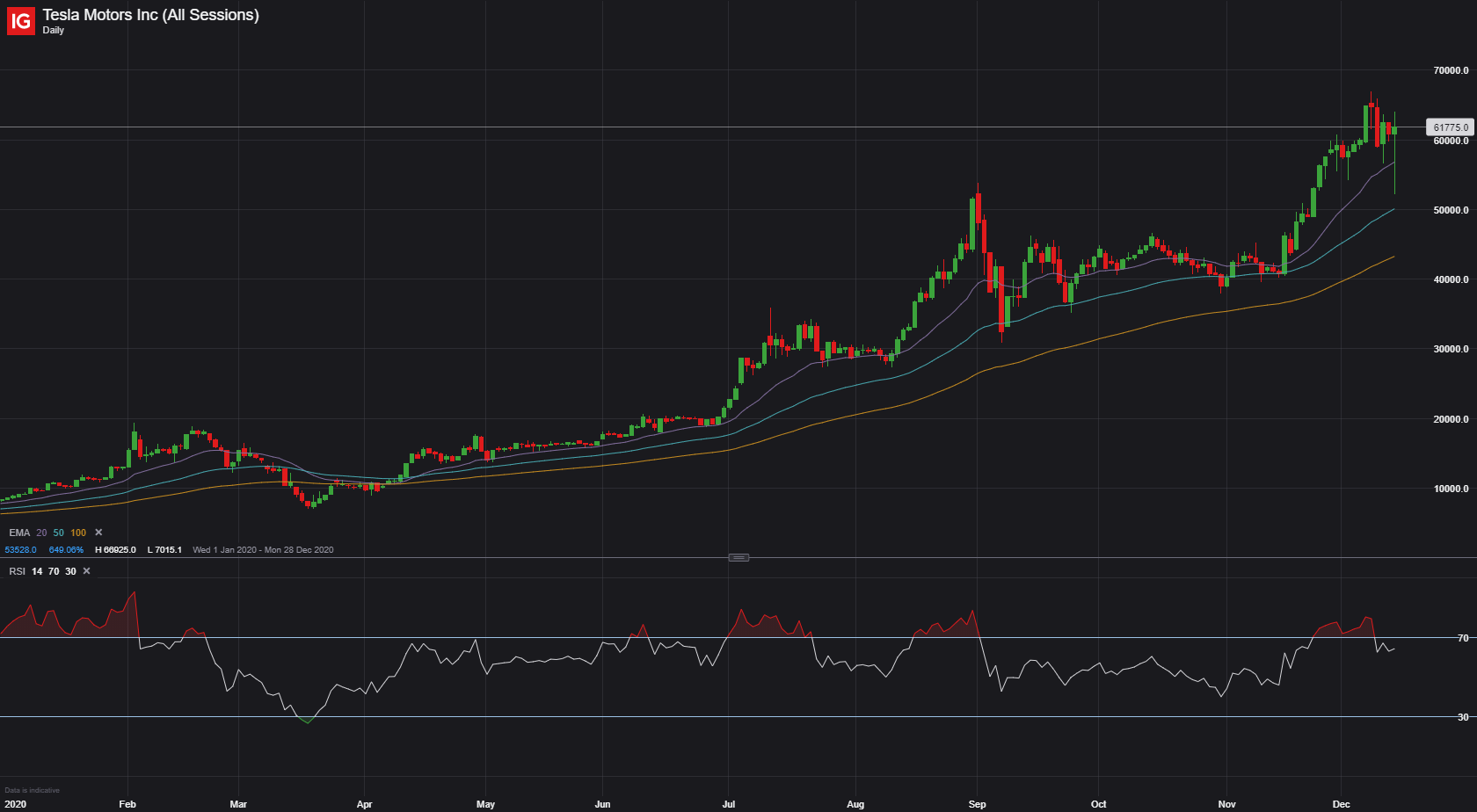