The US dollar continues to consolidate to the strong side as the Biden presidency approaches, one that was meant to weaken the US dollar further, given the slim Democratic control of Congress, but with the market constantly trying to operate on far future expectations, it may simply have gotten ahead of itself. This consolidation will become a bit more threatening for the USD bearish case if it continues.

The US dollar has managed to pull higher still since the weak close on Wall Street on Friday, with sentiment still a bit edgy ahead of this Wednesday’s Biden inauguration and despite a near total lack of unrest across the US at the weekend after warnings were loudly trumpeted from official quarters. Supposedly, we should also be concerned for protests on Inauguration Day itself, but the hopeful view for public order is that the Capitol Hill riots were a one-off, down to the presence of a gaggle of the most extreme Trump supporters and a mob mentality excited by a number of fiery speeches from Trump and others that goaded them on. 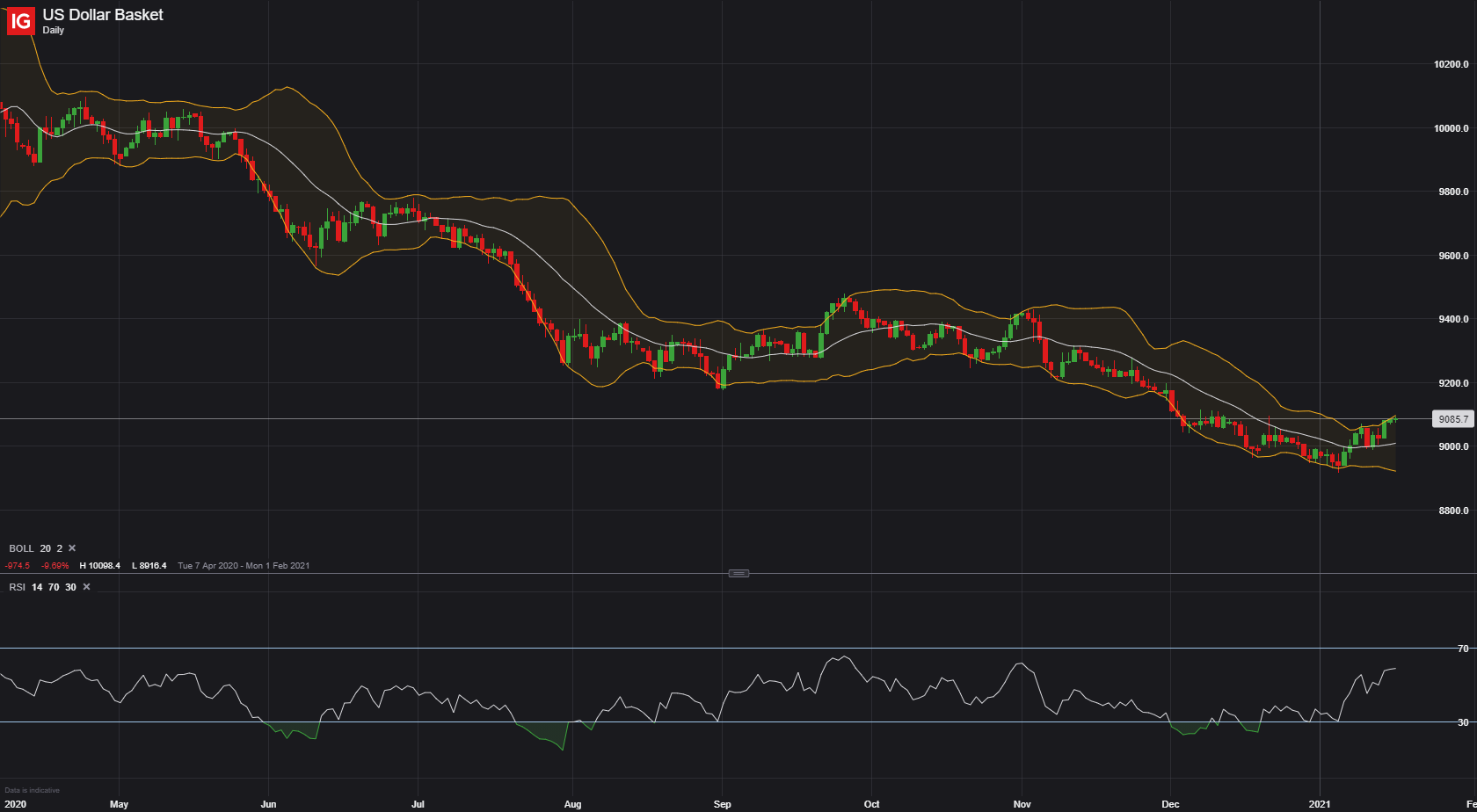 Assuming an orderly transition, there are still a number of burning questions looming as Biden takes office, from whether and how quickly his administration can do anything about the vaccination effort and winning the race against hyper-contagious Covid strains, to the temperature in Congress (most importantly among a key handful of senators) on stimulus checks and other stimulus measuresI will also be keeping a close in eye in the first weeks of the new administration on signals from the Biden administration on China and on Russia, where sanctions are a looming threat after accusation that Russia is behind a recent cyber-attack of US government agencies and as the Democrats still claim Russian interference in the 2016 election. The outgoing Trump administration has also moved rather aggressively against China on a number of fronts and the market may be taken aback if the Biden administration doesn’t soften its stance against positions that the Republicans have now staked out on Chinese companies and listings on US exchanges, among other issues.

While we await all of this incoming information, the USD consolidation has reached reasonable, consolidation levels without yet breaking anything. And while full trend reversal levels remain some ways off, further USD strength in the near term begins to stress the USD bearish case. One thing that is most concerning for the risk of a more profound USD rally here is one of positioning.. This kind of divergence has marked a major market turn in the past.