Commodities remain the hot asset of 2021

Copper reached a record high above $10,300 per tons on the London Metal Exchange and $4.72/lb in New York. Copper is front and centre in the rally that is currently driving raw materials to multiyear or even record highs. Being an integral part of the green transformation process through the rollout of millions of electricity-hungry vehicles over the coming years, copper has surged higher on a combination of both physical but also paper demand from investors looking for inflation hedges in markets with a strong fundamental outlook. An outlook that according the Glencore could see the need for 50% higher prices in order to provide mining companies the economic incentive to increase the search for additional supply.

Copper’s strong uptrend during the past year has seen the price not only double but even accelerating since its latest correction last month. On daily charts, RSI divergence seems to be building which could indicate the short-term risk of the uptrend becoming exhausted, however, a trend change is not in the cards. 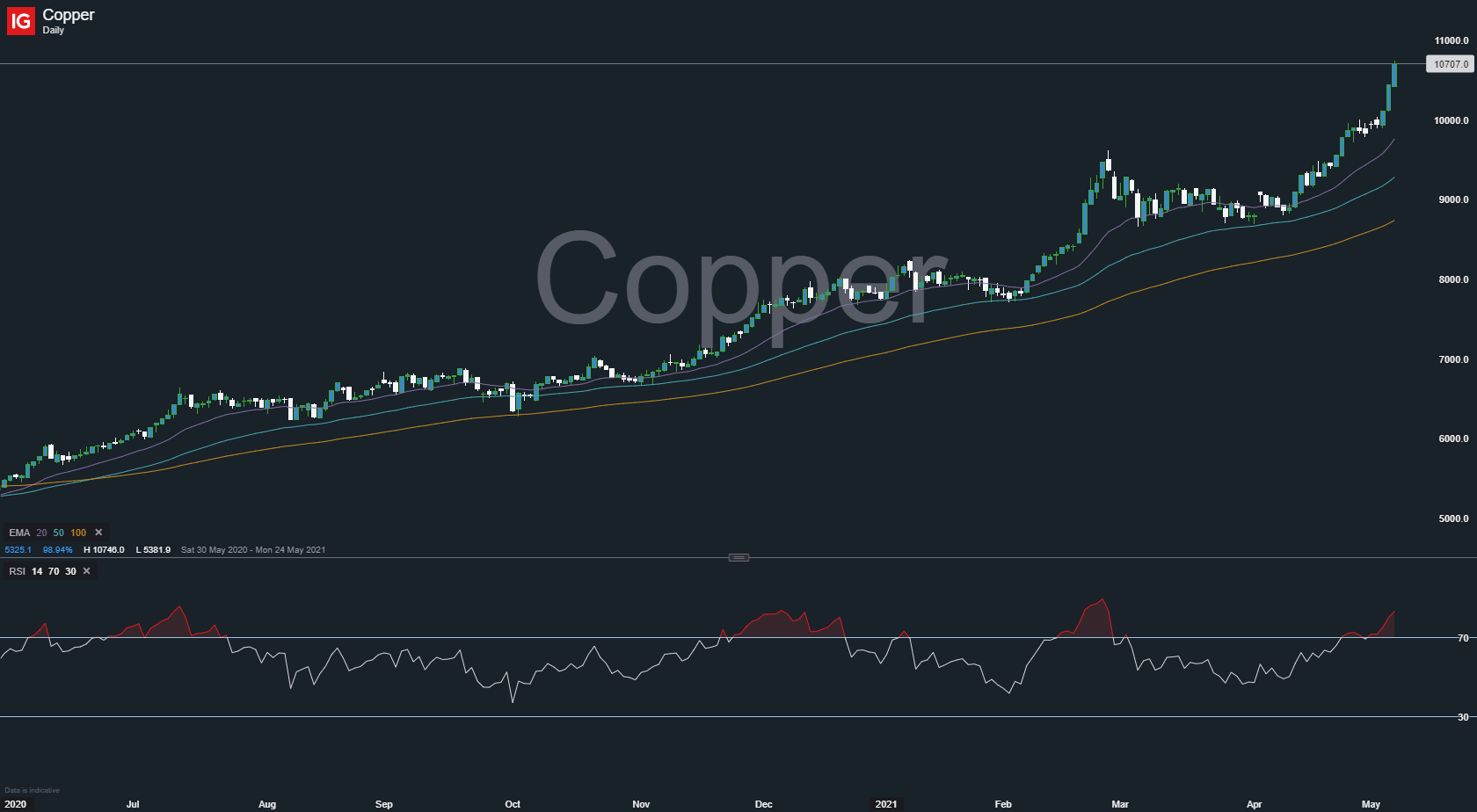 Gold finally managed to mount an attack strong enough to take it above $1800. While lower U.S. real yields and a softer dollar provided the fundamental tailwind the yellow metal needed support from in-demand silver, one of the best performing commodities this week. During the past month, the continued rally across industrial metals have supported silver relatively more than gold. This can be seen through the gold-silver ratio which has been declining since late March.

In order for gold to continue higher, it first needs to establish support above $1795 before chasing after long-term trend following short positions. The next level of upside interest is $1851, the 200-day moving average and 61.8% retracement of the January to March sell-off. 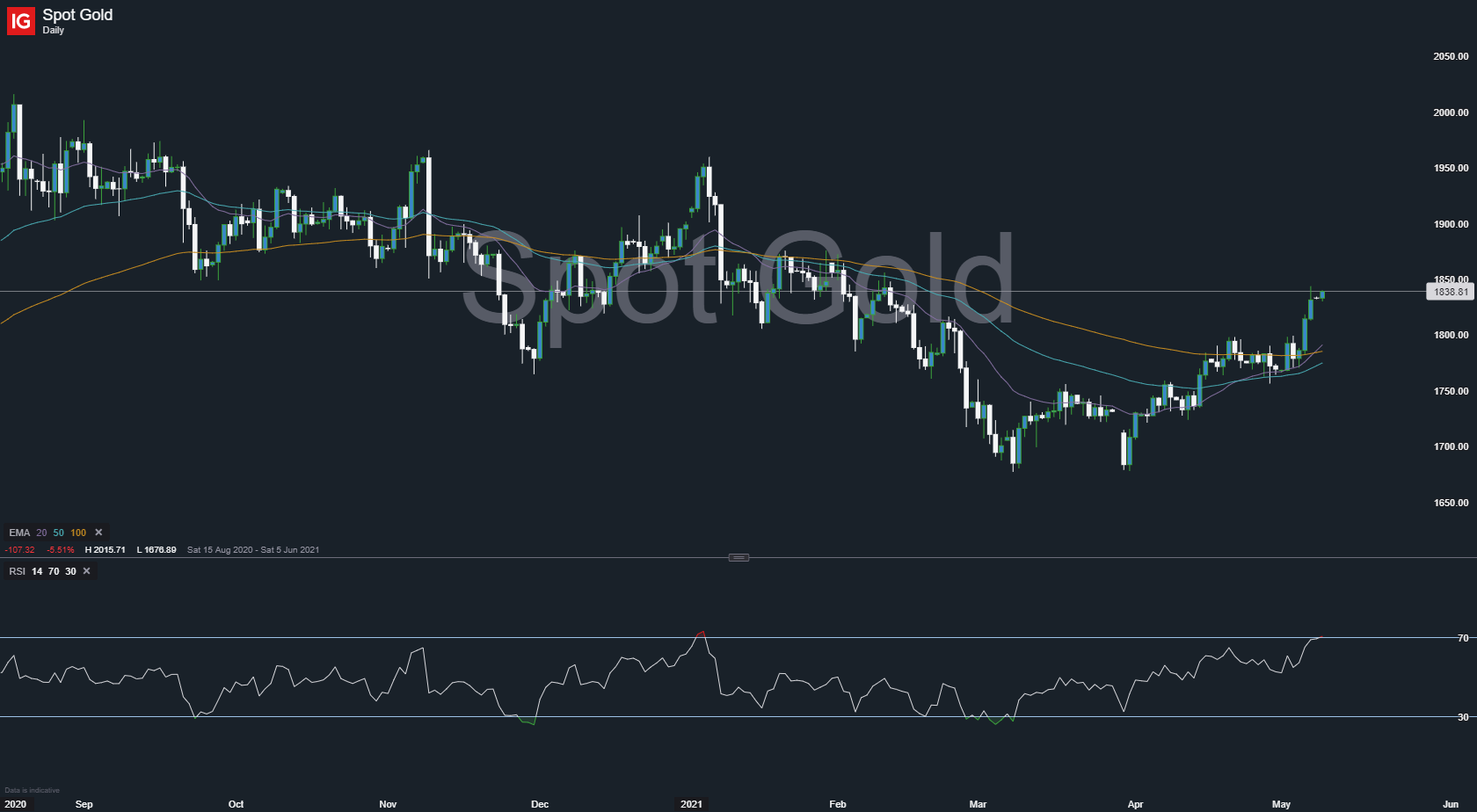